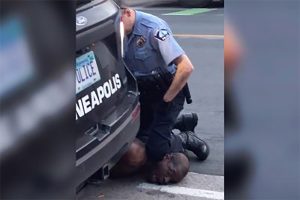 Unless you have been hiding under a rock, you know it has been a hell of a week here in the United States. We have the COVID19 virus that has killed over 102,000 people here in our country in JUST THREE MONTHS!!

Let me say this again, the COVID19 virus has killed more than 102,000 people in just three months in the U.S. I just cannot believe this readers. Of course Trump said this virus would just go away a few months ago. Trump has not or will not take the killer virus serious. He REFUSES to wear a mask in public!! And criticizes people who do!!

I have tried to not talk about Trump here on my website. But when it comes to the coronavirus, I have to discuss Trump because him not wearing a mask and for Trump not taking the virus serious back in late January and February and March. He just did not take action like other leaders in South Korea and India and Mexico etc.

Trump has taken trips to a few events where just about everyone had their mask on except Trump!!! Terrible, just terrible. These are facts. He is suppose to be a leader. A world leader. In my opinion, he has shown like President Obama, Vice President Biden, Mrs. Clinton and others have said. Trump is TOTALLY UNFIT TO BE PRESIDENT.

Also going on of course is the murder of George Floyd by cops in Minneapolis. A officer whose name is Derek Chauvin. He has had around 18 complaints since he has been a cop.

Of course he kept a knee on the neck of brotha Floyd for over eight minutes!! Until he died!! THIS IS A COMPLETE OUTRAGE!! Floyd said those famous words “I cannot breathe.” Words said when another African American was killed by cops. Floyd also tried to ask for his late mother while he was dying. It makes me cry just thinking about Floyd asking for his mama.

Yes people are very very upset. I am very very upset at the murder of Floyd. I feel Chauvin, who has been arrested should also be joined by the other officers who stood and watched Floyd being killed by Chauvin with a knee to Floyds neck for over eight minutes.

Of course President Obama put out a calming statement about the killing of Floyd UNLIKE the unfit Trump. He has shown no compassion ladies and gentlemen. TERRIBLE!!!

Let me also say this. AS ALWAYS, NBA star Lebron James is showing he is more than just a basketball superstar, he cares about the plight of the African American race in America. As well as of course former guest on my TV program “Music Inner City TV” two times, NFL star (who should be signed by a freakin team), Colin Kaepernick.

The problems of police killing black people is why Kap started taking a knee. Something a guy like Trump has not and will not understand. Also shout out to Golden State Warriors head coach Steve Kerr and Spurs head coach Gregg Popovich who as white guys ALWAYS speak out and takes stands against racism!! 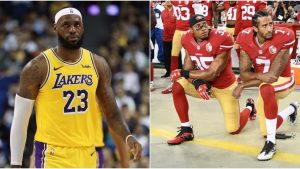 But here is something I am also not happy about. It is the violence in the streets of major cities since the murder of Floyd. I am not for violence.

What is breaking windows etc at a big store like Target and Walmart and Goodwill and gas stations solving? Places where people use for food and gas in their cars and other needed things?

Don’t get it twisted, I am for non-violent protests about the killing of Floyd and other African Americans who have been killed recently. Violence is proving NOTHING!!!

And Seattle Mayor Durkin all of a sudden throws down a 5pm curfew! That’s right….5pm. The earliest curfew of ANY city in the U.S. that has violence going on. Chicago, D.C., Los Angeles, Denver, the Bay area. Hell even the city George Floyd was killed in, Minneapolis does not have a 5pm curfew. It is between 7pm and 11pm.

And for sure this is happening. Many of the people in the crowds in Minneapolis and Chicago and L.A.  and Denver and even here in Seattle, are causing damage and paid to do just that. It is their jobs. Some are now saying some in the crowds maybe be white nationalists trying to somehow mix their views into the crowds to damage property.

Having said that readers, I truly feel that many many people in the white national movement are followers of Trump and this a fact!! Trump and his cabinet want to blame “radical left wing extremist.” Trump wants to bring out angry dogs and a tremendous presence of the National Guard in major cities.

Another problem I have is Rev. Al Sharpton always trying to grab headlines in major headline issues. Of course Rev Al flew to Minneapolis to speak. Why? Who asked him to come?

I want to see Attorney General Keith Ellison of Minnesota taking a lead, not Rev. Al who is there to grab headlines and I think their is not a National Action Network chapter in the state of Minnesota. I respect Rev. Al on many many issues just like Stephen A. Smith in the sports field. But many times I just wish Rev. would stay on the sidelines.

Finally readers, sorry to say I have a huge problem with black on black killings in Seattle. Where is the outrage over this? Where is the marches over this? I have not seen any outrage.

Is it “another nigga just dead” syndrome? It seems the answer is yes. Again, do not get it twisted, I AM ANGRY AS HELL ABOUT MY BROTHAS AND SISTAS BEING KILLED BY WHITE COPS AND WHITE PEOPLE. But dammit I am also upset at African Americans being shot down like cattle in our streets!!!

But let a white person kill a black person, all hell breaks out. The “Black Life Matters” signs are all over the place here in Seattle and other cities. Ladies and gentlemen BLACK LIFES SHOULD MATTER WHEN A WHITE COP OR WHITE PERSON KILLS A BLACK PERSON AS WELL AS WHEN A BLACK PERSON IS KILLED BY ANOTHER BLACK PERSON. Am I wrong readers?

Yes cops are sworn in to protect us. Yes it seems MANY MANY TIMES they do not protect us, but kill us. Like George Floyd with a damn knee to his neck while he screams “I can’t breathe” and ask where is his late mama!!

So how do you feel about my thoughts here on “Music Inner City News Magazine?” Do you agree with all the terrible violence all across America over the killings of Floyd and other black folks?

Do you feel damaging a Target or a Walmart OR even people for some unknown reason damaging the very important CNN headquarters in Atlanta, is proving something? CNN is a media company that hires and promotes MANY MANY African Americans and people of color.

CNN has gays, black people, Asians, East Africans and more with their own program or as reporters and it has always been this way!!! WHY DO PROTESTERS WANT TO DAMAGE THE CNN BUILDING!!! I do not and will not understand why.

I do not have a problem with non-violent marches or gatherings with speakers etc, I understand people being outraged because I am OUTRAGED!!!! But the violence has to stop and we need to be outraged with the black on black killings in our cities as well.

Everyone PLEASE wear your masks and wash your hands. The COVID19 is still in full effect and still is killing people here in the United States. I am scared because as I have said, I have a underlying health condition. Please say a prayer for me and I will say a prayer for you.