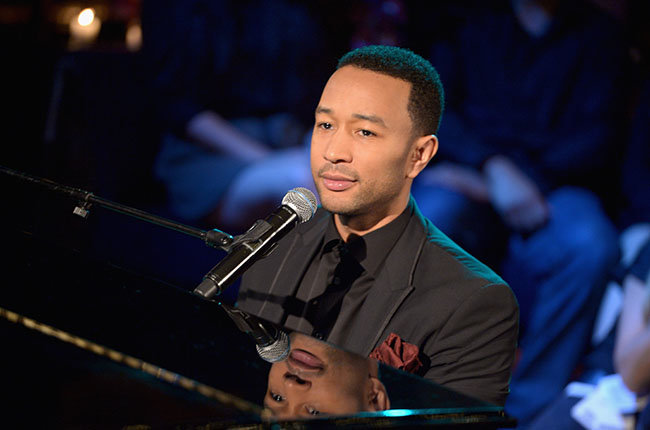 I have learned to respect singer John Legend. We all know he is a great singer and songwriter. A Grammy and Oscar winner.

But I am also learning to respect Legend not only for his singing, but because he is a community activist. John is using his platform as a performer to help change a way of thinking about problems in the inner cities of America.

Legend is a member of President Obama’s “Brother’s Keepers” organization to help young African American boys in America. The group also has former guest on “Music Inner City TV” Tyrese Gibson and others in the group.

John Legend was born in 1978 in Xenia, Ohio. He is one of four children of Phyllis Elaine and Ronald Lamar Stephens. In his childhood, Legend was homeschooled on and off by his mom. Like many other African American singers, he started singing in church. I hear this from guests all the time.

He started playing the piano at age seven. At age 12, Legend attended North High School. He attended the University Of Pennsylvania where he studied English and African American literature.

In college, John served as president and musical director of a co-ed jazz and pop froup called Counterparts. His lead vocals on the group’s recording of Joan Osborne’s “One Of Us” received critical acclaim landing the song on the track of the 1998 “Best Of Collegiate a Cappella compilation” CD.

And I guess the rest is history. He has went on to become a superstar. But like I said I am respecting Legend more because of his speaking out on issues in the African American community.

Most performers sit back and count their money and buy cars and boats and expensive stuff. Which Legend may also do. But unlike others, he has also decided to use his name to speak out on issues. Like for instance he and Donald Trump Jr. recently had a Twitter battle about Trump Sr.

Big shout out to John Legend. A man I have learned to respect on stage and off and you should too!!

Because Of Lack Of Support & Unity It Is VERY Hard To Run A Business Here In Seattle, Washington

Mayweather Gives Mosley A Lesson In Boxing In His Win