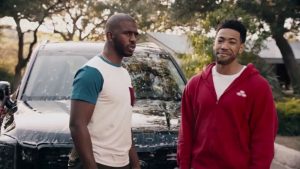 Ladies and gentlemen I love sports. This is why I have always mixed entertainment and sports in the media I have produced for over 30 years. It is why I started “Sports Inner City TV.” Covering the NBA, the NFL, MLB and boxing and more.

Covering sports is relaxing for me most of the time. Also and very importantly, their is no age limit in covering sports. Real talk!!

I covered the morning shootarounds at Seattle’s Key Arena (now Climate Change Arena) of our dearly departed Seattle Sonics and visiting teams. I had the chance to interview many many NBA players INCLUDING Michael Jordan in his last visit as a member of the Chicago Bulls in 1998. That day no other local media had a chance for a one on one interview with MJ. But god was on my side that day. I did get a one on one with MJ.

I TRULY miss our Sonics. I miss the NBA here in Seattle. I hope and pray we can obtain a expansion team soon. It would make myself and many many NBA fans happy. I have also covered our Seattle Mariners and our Seattle Seahawks. Special thanks to both of the teams!!

Again, god was on my side. Because I obtained a EXCLUSIVE one on one interview with Seahawks QB Russell Wilson.  Many many media have not had a chance to interview Russ one on one but with god’s help and the Seahawks and of course Russ, I did!

My sports media is BADLY needed in my opinion in the Seattle area and the Northwest. Because of the makeup of sports radio hosts on 710 ESPN and sports radio KJR.

People that I know have tried to follow me in covering sports. But I consider myself a leader and not a follower. Yes the followers are African American. I have to stay in my lane and with god’s help, stay on the grind. Why a few folks that I know want to follow me truthfully upsets me. I cannot lie. Especially when I hear others using questions I ask during my interviews. Also when I hear other things I use during my interviews over the years.

But I cannot stop them right. I just cannot. As I said, I have to stay in my lane.

Many of you know, I have spoke out about the lack marketing by Major League Baseball.  I do NOT see MLB players doing commercials on TV. Here is a question, why? I see PLENTY of NBA and NFL players doing marketing of products on TV. Current and ex. 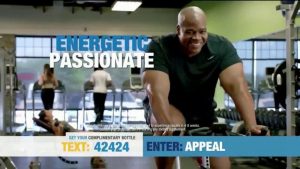 BUT how about current or ex Major League Baseball players? I see ex player Frank Thomas and that is about it. This is crazy!! Again, the question is why ladies and gentlemen?

Most African American kids think MLB is very very boring. Which keeping it real, the game IS very slow. With too many three hour slow games.

With pitchers taking up to 30 seconds to pitch and batters messing with their batting gloves EVEN WHEN THEY DO NOT SWING OR WHEN THEY TAKE A BALL!!! This slows down the game big time!! MLB needs a 10 second pitch clock. And a rule that batters cannot mess with their freakin batting gloves.

Giannis Antetokounmpo of the Bucks was called for a 10 sec to shoot free throw rule. MLB needs a 10 sec to pitch rule ASAP. The game needs to be quicker. It is just that simple. Too many three hour games.

NFL players and NBA players have personalities but MLB players do not. Have you heard a interview with a MLB player? They talk like their dog run away. No personality what so ever. This is a main reason I think we do not see MLB players doing commercials on TV. Players have no charisma.

I might pass out if I see a MLB player, current or ex doing a funny commercial. Something inner city African American will see and like.

Mo’Nique’s Brother Admits To Molesting Her On Oprah