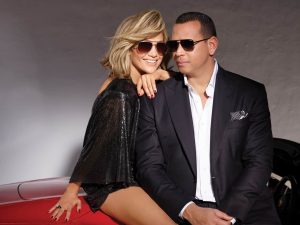 I do this article so I can bring you stories that the media is really not talking a lot about. So here is one of these stories and I think it is a good one.

Former Major League Baseball star and former Seattle Mariner, Alex Rodriguez and entertainment triple threat Jennifer Lopez are trying to put a team together to buy the New York Mets. First round bids to buy the Mets were submitted recently.

It is reported that billionaire hedge fund manager Steve Cohen was leading the pack because he has put the most money on the table so far.

Cohen has put down $2 billion for the Mets and another $2 billion for SNY. Word is Cohen bid was above what former MVP in the American League A-Rod and his fiancée J-Lo made. A-Rod’s team has put down $1.7 billion. And this is about the same bid that NBA and NHL team owners Josh Harris and David Blitzer.

But now the word is Alex and J-Lo bid was in the same ballpark with Cohen’s bid. I have saw that NFL stars Brian Urlacher and Travis Kelce and DeMarco Murry are among the investors who has joined A-Rod and J-Lo’s team.

Check this out. Mets COO Jeff Wilpon is quietly saying he would prefer to sell the team to A-Rod, if their offer is close to the best bid at the end of the auction. Reports are the next step is for the Mets to decide how many suitors will be invited to the second round of bidding.

Cohen agreed to buy the Mets for $2 billion, but the deal did not happen. It did not happen because Cohen wanted to have immediate control of the team while the Wilpon family wanted to stay with the Mets five more years.

Wilpon bought a minority share of the Mets in 1980. In 86, Wilpon because a equal partner in the club with Nelson Doubleday Jr. The Wilpon family bought out Doubleday and became the sole owner of the Mets. This past April, Forbes came out with a list of the most valuable MLB franchises.

Reports are also saying the Wilpon family wants sell the team by October. Like many pro teams, the Mets are having a rough time with cash flow. This is another story of what COVID19 is doing to our world and…even sports.

Yes A-Rod cheated using steroids when was playing. He knows it and I know it. It is a reason why he and Sammy Sosa and Mark McGwire will never make it to the Baseball Hall of Fame. Having said that, A-Rod started to save his money and also invested in businesses as soon as he was drafted by our Seattle Mariners.

J-Lo who is a triple threat in entertainment. She can act, dance and sing, also has a businesses mind. She has been making millions with her name on things like jewelry and clothing and make up and more.

As two people of color, it makes me very happy to see A-Rod and J-Lo out front of a bid to by the Mets. Because right now, ONLY NBA great Michael Jordan owns a pro sports team in America. Only MJ, who by the way is a former guest on “Music Inner City TV.” This is amazing.

I know guys like Lebron James might want to own a NBA team when he retires. The late great Kobe Bryant was thinking about owning a team too. Man….it still feels terrible saying the late Kobe Bryant.

Also it has come out that Dwayne Wade and Kevin “The Big Ticket” Garnett and again Lebron and “The Glove” former Sonic Gary Payton and another former guest on “Music Inner City TV” the Seahawks Russell Wilson, want to be involved in buying a team and having the return of our dearly departed Seattle Sonics to our city.

So as a African American, I hope and pray the team of potential buyers for the New York Mets led a by A-Rod and J-Lo will win the rights to buy the team. It will inspire more African Americans and people of color to form a team of folks with money and buy a pro sports team. Here is a idea.

I feel Jordan should sell the Hornets. And the owner of the Memphis in the NBA and even the Pelicans should sell their teams. The last few years when I watched games on TV, I saw plenty of empty seats. For sure MJ should sell his NBA team.  Of course MJ is most likely the best player ever, but as a owner he has been a failure.

A story has came out that Alex and some of his team had a meeting with New England Patriots owner and former guest on “Music Inner City TV” Robert Kraft. Alex and Lopez and Mr. Kraft and his son were joined by executives from JPMorgan that have been involved with the couple’s Met’s bid.  Mr. Kraft reportedly has no interest in joining Rodriguez and Lopez’s Mets offer. But he gave them some hopeful advice to maybe help them along the way.

So let’s see what happens. But the word on the street is A-Rod’s team offer will not be enough to obtain the Mets in the long run. Even if the current owner would like to do business with A-Rod and J-Lo’s team, the cast they will offer with not be enough to beat Mr. Cohan’s teams offer. We will let you know what happens ladies and gentlemen.

Why Is Macklemore Getting All This Publicity?

The Gentrification Of Seattle’s Central Area