BREAKING NEWS: My thoughts on the SERIOUS Coronavirus that is killing folks not just here in Seattle but all over the world. Coming at ya soon right here. 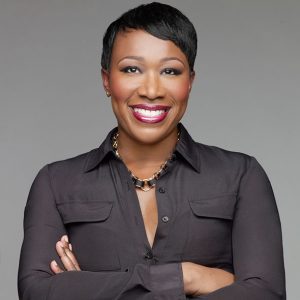 ADVERTISE WITH US ON OUR COMCAST XFINITY ON DEMAND/XFINITY X1 PROGRAMS OR RIGHT HERE ONLINE VIA A BANNER OR LINK OR WEB COMMERCIALS ON OUR WEBCASTS AND PODCASTS FOR $10, $20 or $40. CALL US AT 206-445-3989 OR EMAIL US AT gcurvey@yahoo.com!! CALL NOW

As many of you already know, the longtime host of “Hardball” on MSNBC Chris Matthews “retired” from the program he hosted for more than twenty years.

Matthews stepped down after years of alleged inappropriate comments towards ladies who work at MSNBC and elsewhere. He has also been accused of negative comments about then presidential candidate Hillary Clinton. This happened in January 2016.

Later in 2009 he said that she didn’t win a Senate seat based on “her merit,” but because “her husband messed around.” Matthews admitted that he said the inappropriate thing and planned in the future to try to be clearer, smarter and more obviously in support of the right of women, of all people, the full equality and respect for their ambitions.

Recently reports have come out of his inappropriate comments were consistent with Matthews’ past behavior around female colleagues like fellow host Erin Burnett while live on the air.

In a segment of “Hardball,” Matthews asks a confused Burnett to lean closer to the camera before calling her “beautiful” and a “knockout.” Chris said in a New York Times profile after the episode that he was “kidding,” and his wife similarly brushed off the comment.

Also word is out that Matthews lobbed compliments at other female media colleagues, including calling conservative host Laura Ingraham “great looking…one of God’s gifts to men in this country,” and CNBC’s Margaret Brennan “gorgeous.”

Chris Matthews problems only seemed to get worse as the 2020 presidential election drew closer. The host sparked criticism when he compared Sen. Bernie Sanders’s campaign to Nazis in the 1940s. WOW THIS IS CRAZY ladies and gentlemen!!

Laura Bassett, a freelance journalist, wrote in a essay published in GQ that Matthews “inappropriately flirted” with her in the makeup room multiple times before they were to appear on “Hardball”, which she said made her “noticeably uncomfortable” on the air.

In another story about Matthews, Bassett said after a aggressive interview with then presidential candidate Sen. Elizabeth Warren, he appeared to doubt the women who accused former New York City Mayor and another former candidate, Mike Bloomberg of discriminating against his pregnant employees. Another story that if true is just wrong.

Ladies and gentlemen, the stories go on and on regarding Matthews and his alleged comments towards ladies who work at MSNBC and other negative comments. So in the end, Matthews QUICKLY stepped down as the host of “Hardball” live on the air. Shocking folks at MSNBC because it happened so quickly.

Reid is married to a fella named Jason and has three children. She was born on December 8, 1968 in New York. She took her husband’s name after marriage and is known of course as Joy Reid. Her full name is Joy-Ann M. Lormena-Reid.

She is a 1991 graduate of the Harvard University, where she majored in film. During her career, Joy has worked as a political columnist for The Miami Herald, co-host for Wake Up South Florida, editor of the Reid Report blog and managing editor of the TheGrio.com.

The Hollywood Reporter described her as one of the political pundits “who have been at the forefront of the cable-news conversations this election season.”

Reid’s father was from the Democratic Republic of Congo and her mother a college professor and nutritional from British Guiana. The two met at graduate school at the University of Iowa in Iowa City and Joy was raised mostly in Denver, Colorado.

Joy also is the author of a book called “Fracture: Barack Obama, the Clintons and the Racial Divide” put out in 2015. She was co-editor of “We Seek: The Speeches of Barack Obama.”

During the 2004 presidential campaign, Reid served as the Florida deputy communications director for the 527 “America Coming Together” initiative, and was a press aide in the final stretch of President Obama’s Florida campaign in 2008. Reid’s columns have appeared in the The Daily Beast, New York Magazine and many other places.

Reid also is a former talk radio producer and host for Radio One and served as an online news editor for the NBC affiliate WTVJ in Miramar, Fl.

I watch “AM Joy” every weekend on MSNBC. It is very informative and yes many topics come of course comes from the African American point of view. Also of course, from a female point of view. Reid speaks out on her show when she feels their is racism going on with a situation. Of course she has dealt with racism all the time in the field in which she is in.

Oh yeah, when she does speak up she gets blasted on social media. Some posts go way way over the line in talking negative about Joy. Just like they do for Seattle’s own Angela Rye on CNN. By the way I will be doing a profile story on Ms. Rye soon right here.

I have known her since she was a child. Her family’s house was right around the corner from my family house here in Seattle. Some of the tweets I have seen regarding Joy and Angela should have been blocked by Twitter!!