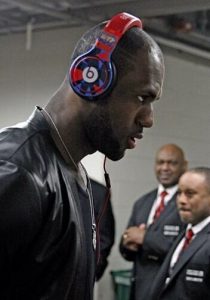 Ladies and gentlemen I have tried without success to get local sports radio KJR and 710 ESPN to talk about this topic. Amazing that they refuse to discuss this so I guess I will.

I watch a lot of TV. I am a TV producer. I watch a lot of sports on ESPN and Fox Sports and NBA TV and MLB TV and the NFL Network and more. There is one thing that to me stands out like two left shoes and that is Major League Baseball players are not doing commercials on television.

Here is a question. Why? Is it because MLB players do not have personalities? I say that is the case readers. Have you heard a interview with a MLB player? They talk like a family member died.

They talk like their dog just ran away or something. The word is called boring. I pity a sports host who has to conduct a interview with a Major League Baseball player! I know a radio stations ratings will disappear for awhile when they do a interview with a MLB player.

Hell, there was even a hoops movie directed by Kyrie Irving named after a character he developed named “Uncle Drew” that played in thousands of movie theaters and is now on tv.

But where are Major League Baseball players? I do not see Bryce Harper or David Price doing marketing of products on TV. I also do not see Matt Kemp or Mike Trout or Clayton Kershaw or Reggie Jackson or Mookie Batts or Jackie Bradley Jr. or former guest on “Sports Inner City TV” C.C. Sabathia and more.

Basically all I see is former star Frank Thomas or maybe another ex star Johnny Bench. That’s basically it ladies and gentlemen. It is amazing!

In my opinion MLB players just do not have charisma/charm/personalities like NFL and NBA players have. They just do not. Speaking about amazing, it is amazing how MLB attendance is dropping in a alarming way. Is it because of the lack of personalities in MLB? Or is it the game of baseball is just so damn slow? I say both.

I will discuss how slow the game of baseball is soon right here on “Music Inner City News Magazine” Thanks for your support of our new website everyone!!

Manny Gets Caught And Is Suspended 50 Games