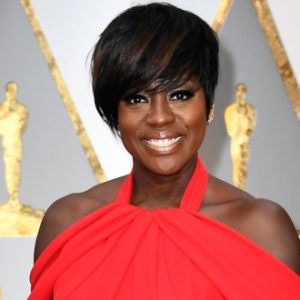 I have so much respect for African American sistas in the entertainment world like Debbie Allen and her sister Phylicia Rashad, Diana Ross, former guest on “Music Inner City TV” the great Oprah Winfrey, Halle Berry, Kerry Washington, Beyonce and many more.

And in my opinion I have big time respect for actress Viola Davis. When she gives a speech after winning a award, she does so with dignity and class.

Recently Ms. Davis said she regrets taking the role of Aibileen in the 2011 movie “The Help” When I first saw this article I was shocked.

Davis said “I have past on a lot of roles. There have been one or two that I regretted for maybe a minute, and then I let it go. Almost a better question is, have I ever done roles that I’ve regretted?” she told The New York Times.

If you remember Viola won a Oscar nomination for best actress for the role in “The Help”. She said that looking back, she wishes she did not take that role. Wow!!

Davis said “I just felt that at the end of the day that it wasn’t the voices of the maids that were heard. I know Aibileen. I know Minny. They’re my grandma. They’re my mom. And I know that if you do a movie where the whole premise is, I want to know what it feels like to work for white people and to bring up children in 1963, I want to hear how you really feel about it. I never heard that in the course of the movie.”

Yes the film was talked about in good ways but also it was criticized for downplaying the violence of Jim Crow ara racism. All this is huge surprise to me here in 2018. Again “The Help” came out in 2011.

The director of “Selma” and “13th” Ava DuVernay said she agreed with Davis in a recent tweet. She said “Much respect to all involved. With that said, I understand Viola on this. Hope others do too. “The Help” was the last film I worked on as a publicist. I quit PR. That film pushed me to make my own for the reasons” Viola says.

I respect Viola for being honest ladies and gentlemen. I really do. She feels the movie just did not tell the truth. Umm some will say Davis got paid and was nominated for a Oscar etc and why she did not realize this stuff a few years ago. Why now? How do you feel readers? Leave a comment below.

Folks At “Tea Party Covention” Are A Bunch Of Obama Haters

Khoe Says Bye Bye Lamar And Asks For A Divorce!