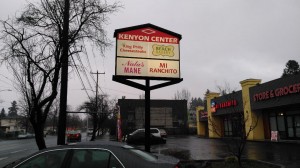 Ladies and gentlemen thanks for coming to my website to read my posts and my thoughts here on “Music Inner City News Magazine” and “Sports Inner City Online” www.sportsinnercity.com  It means a lot. It really does. One thing that bothers me is MLK Day here in Seattle.

Readers AFRICAN AMERICANS HAVE NO UNITY IN SEATTLE as far as I am concerned. African Americans have ZERO mom and pops stores in the Central Area or Rainier Valley. ZERO folks!! Also African Americans have ZERO malls full of businesses like the picture here of a mall on Rainier Ave South here in Seattle FULL OF BUSINESSES RAN BY CITIZENS OF KENYA!!

I listened online to the MLK Jr. event at Garfield High here in Seattle. I did NOT hear speakers telling us or asking us African Americans to be small businesses owners like other races. What I did hear is the same ole same ole blaming the white man for our condition.

This is BS!! Truth be told my worse enemies as a business man HAS BEEN MY AFRICAN AMERICAN PEOPLE!! Real talk ladies and gentlemen 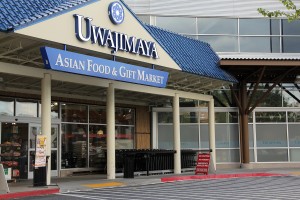 Buying rims instead of pooling our money like the Asians and East Africans and having a meeting at someone residence to discuss opening up a new business. This is what African Americans as a whole in Seattle like to do. Buy a new car etc instead of opening a new business.

Asians and East Africans have total unity. They do not wait until a special day to unite. Truth be told I have a story to tell but NO AFRICAN AMERICAN has asked me to speak on MLK Jr. Day. I had and still have a dream. I wanted to be a broadcaster when I was a teenager and I worked my ass off to have a name all over the music industry. I have TWO PROGRAMS that air 24-7 all over the west coast and stream online. Now I am trying to blow up my NBA webcast “Sports Inner City/Off The Court”

Hopefully I will obtain a badly needed Angel Investor or major sponsor. I say a prayer everyday. I don’t wait until MLK Jr. to try to act African American for a day and then the next day back to the same. That ain’t me. I can go on and on about the fake MLK Jr. Day here in Seattle.

Where are these so called leaders who show up at MLK Jr. Day every year when ANOTHER young brotha or sista is shot and killed in the streets of Seattle? WHERE IS THE DAMN OUTRAGE??? I don’t see it!! But let a white officer shoot a black person we are outraged. Give me a break readers. This upsets me big time.

So in ending, why do African Americans march on MLK Jr. Day in Seattle? Sorry to say to me it is a joke and total waste of time. I am sure many of you will not agree. That’s ok. I am a big boy.

Jay-Z Tops All Others In Hip-Hop Artists Earnings