As we all know now, your next President (not mine) will be the bigot and sexiest and racist Donald J. Trump. As a African American I am very sad and depressed that Trump was somehow elected to take over for the first African American President, President Obama in January.

How did this happen? It happened because Trump reached his base. Angry white men and also females. Angry because they were tired of a black man in the White House the last eight years. Pure and simple. Trump slogan was “Let’s make America great again” and “let’s take back our country” and crap!! Code words ladies and gentlemen. Code words for RACISM. He means let’s make America white again.

Trump was supported by a flat out racist in David Duke and supported by white nationalist and white supremacist organizations all over the United States. Why did this happen? Because Trump was talking stuff they wanted to hear in EVERY speech he gave. This is a fact.

Donald Trump knows NOTHING about the African American culture and our problems. He makes crazy comments like “I have support from the blacks” WHAT KIND OF RACIST COMMENT IS THAT? He has discriminated against against African Americans in renting from his apartments in New York. He wants to ban Muslims from coming into our country. He wants to build a wall to keep Mexicans out of the U.S. He wants to get rid of Obamacare quickly. These are problems folks. Real problems. BUT angry white folks, the supporters of Trump did not give a damn voted for him to become YOUR next President.

This bigot STILL thinks President Obama was born in Kenya. This is racist to the core. Just like he is. And don’t forget what he said on the 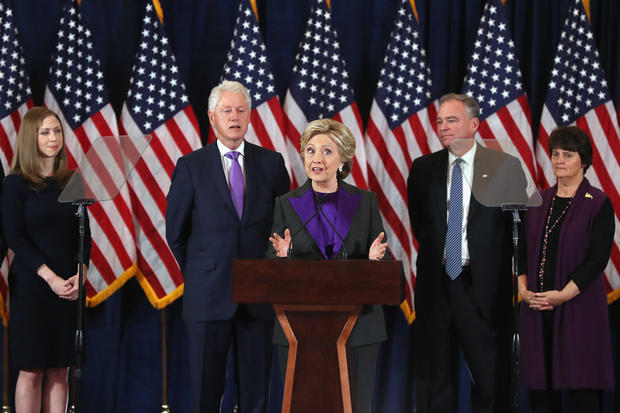 Access Hollywood bus in 2005 with Billy Bush. He said made comments about a ladies “p…y” and more!! This is a OUTRAGE that this bigot and sexiest was elected President.

Yes Mrs. Clinton made mistakes in her run for President. She did not go to major parts of the United States to speak and spend campaign money and we are seeing now that was a huge huge mistake.

You have to give it to Trump. He went every to speak. He worked his ass off. I will give him that. He worked very very hard to get elected. And I guess it paid off. Because his angry white base put him in office.

He said over and over and over that the election will be “rigged” Does he think that now since he won? HELL NO!! Folks what the election of Trump has sadly shown us is that racism is ALIVE AND WELL in America and we area DEEPLY divided nation. African Americans/people of color on one side and whites on the other side. This is truly sad.

This dude treats females as sex objects and bimbos. Look at what he said about grabbing females by the p…y! And this fella is your President how can this happen? It is a bad dream for me and millions of other African Americans and people of color AND yes millions of Clinton supporters of all races. This is a divided nation ladies and gentlemen. People are upset and angry that Donald J. Trump will be President. I have not been able to sleep. I get emotional when ever I discuss this bigot being President.

Trump will undo EVERYTHING that President Obama has tried to do the last eight years. Do you think Trump knows ANYTHING about historical black universities that President Obama has tried to help? HELL NO!! Does he care? HELL NO!! This cat TRIED  to come into the inner city for a FEW speeches. That was a joke. He had his uncle tom puppets with him when he went to a African American church in Detroit etc.

Also keep in mind readers, Trump said MANY MANY times that we can walk down the streets of any inner city AND GET SHOT!! What kind of ridiculous comment is that? Trump knows NOTHING, let me repeat NOTHING about the inner cities of America.

TRUMP WAS BORN WITH A SILVER SPOON IN HIS MOUTH!! HE DAD LEFT HIM MILLIONS. He has NEVER had a broke day in his 70 years on this earth. Just like his children. They went to best schools and drove the best cars and had steak for breakfast. Steak for lunch and steak for dinner. Drank the best wine. Never paid for seat on a plane and waited in line at the airport like the rest of us.

As I have said, I think as many others think that Trump is a racist and a bigot. He said time and time again “Let’s take our country back” WHAT DID HE MEAN BY THAT FOLKS? He meant he wanted his white angry base to vote for him as President so he and help take the country back into white hands for white people. That is what he meant readers.

There are millions of people who are now very very worried that their families might be deported very very soon when Trump walks into the White House. This is a HUGE HUGE problem ladies and gentlemen.

I will be back soon with more views on the election of Trump as YOUR next President.

“NEW” look “Sports Inner City TV/NBA” webcast starting in the next few days right here! Covering off the court issues and news about former and current NBA players and coaches.

Watch the webcasts via smartphones, tablets, mac or pc. Spread the word ladies and gentlemen about this unique webcast coming at ya from a city that does not have a team but hopefully we will when a new arena is built here in Seattle, Washington.

Akon Wants To Help People In Africa With Electricity

How Come Baseball Players Are Not Doing National Marketing?