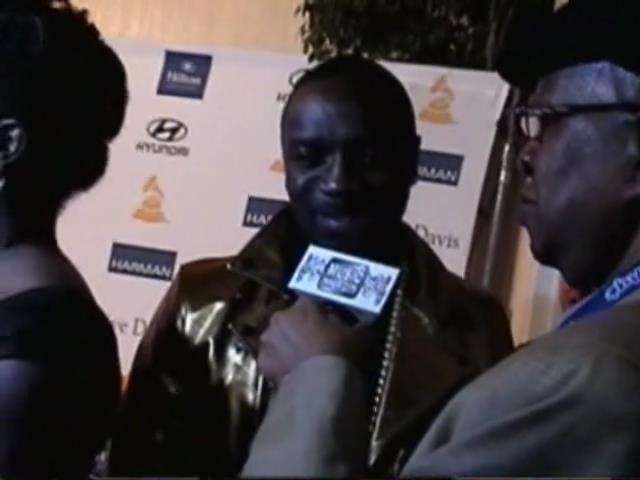 Hell if you watch “The Insider” or “Access Hollywood” or “Extra” or “OK TV” you would think black folks are not around making movies or making good music. If you do not understand what I am saying then watch the programs readers it will prove my point. But let Chris Brown or Lil Wayne etc do something wrong and BAM!! HEADLINES BABY!!!

But here is a singer/songwriter who is doing things that NEED TO BE DISCUSSED AND TALKED ABOUT!! His name is Akon (pic of Akon on “M.I.C-TV” in L.A.) The Senegalese-American entertainer is doing something that is off the hook for sure. He started “Akon Lighting Initiative” in 2014 with Thione Niang and Samba Bathily to help 600 million Africans who still don’t have electricity.

Akon’s website at akonlightingafrica.com said without power more than 3.5 million Africans die every from harmful pollutants or fores in the home produced by costly and toxic solid fuels. So Akon and his crew has a goal to develop and innovative solar powered solution that will provide African villages with access to a clean and affordable source of electricity.

Thione Niang said “Africa, with its 320 days of sunshine a year is suited to the development of solar power, particularly since 622 million Africans still do not have access to electricity”

Check this out readers. 70% of Africa population under 35, Africa is the country with the youngest population today in the world. One of the challenges it faces is trying to train and create sustain employment.  “We expect the Africans who get trained from the center to devise new, innovative, technical solutions,” said Niang. “With this Academy, we can capitalize on Akon Lighting Africa and go further”

So again big shout to Akon and his crew. What is doing for the people of Africa is just great. And as I said this kind of story needs to be talked about on all the gossip programs. But let Akon beat his lady or get caught speeding and is given a DUI, it is all over the place in the media and this is just plan wrong.

By the way a few years ago Akon came to Seattle and appeared for my TV program at Rainier Community Center and did a interview and signed pictures and take pics with his fans. Akon is a good dude!!

The Head Coach Of The Heat Is The Problem/Needs To Go!

Will Rev Al Sharpton Obtain A New Program On MSNBC?