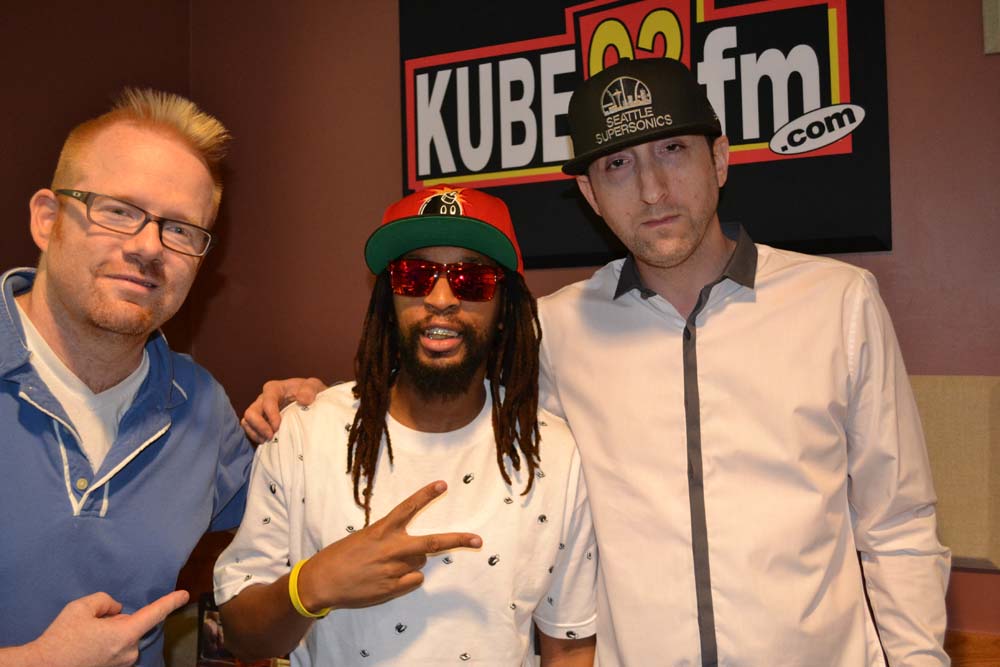 Today I as write this Seattle radio station is holding it’s KUBE93 Summer Jam at the Gorge in Eastern Washington state. And again led by program director Eric Powers, they have blocked “Music Inner City TV” from covering the event.

Now check this out readers. We can cover many Hollywood events including a big golf event on Monday with a big red carpet and stars BUT Eric Powers has blocked us from covering the Summer Jam for about six years in a row. It is a outrage. It is wrong. And yes it is racism. Powers did buy me a nice sound system for my PC after I had a terrible fire in 2005. And I was and still am grateful for that. 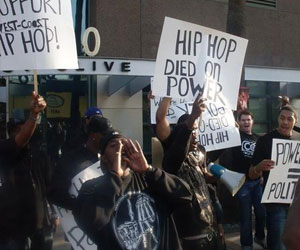 folks. And truth be told KUBE93 is not playing local artists during primetime. That is between 3pm and 8pm. The only time KUBE93 plays local artist music is on Sunday night’s “Sound Sessions” at 11pm. That is when the least amount of people are listening to the radio!! Come on readers this is a damn shame!!

You know what readers? Cats in Los Angeles and the Bay Area got together and protested big time against Power 106 in L.A. (pic here in this article of the L.A. Power 106 protest) To say the program director PLAY LOCAL ARTISTS MUSIC!! And guess what? Now Power 106 and also KMEL in the Bay is playing local artists music during PRIMETIME!! Unlike KUBE93. And they will not until cats STAND UP AND PROTEST!! Make your voices heard!

Listen artists. If you plan out being somebody in the music game you have to get local radio stations like KUBE93 to play your music. If you just want to be what I call a “ghetto celebrity” then continue doing what you are doing.

Finally at the Summer Jam, AGAIN KUBE93 stuck local artists at SECONDARY stage to perform instead of performing on the MAIN STAGE AND THIS IS JUST PLAIN WRONG!! This local label Lane Records sponsored the secondary stage this year at KUBE’s Summer Jam. And they had to spend a pretty penny for that. ALL THE ARTIST THAT PLAYED OR WILL PLAY THE SECONDARY STAGE IS GETTING ZERO RADIO AIRPLAY DURING PRIMETIME ON KUBE93!!! WHAT IS UP WITH THAT??

The other day there was a so called “networking” event here in Seattle. Was standing up for local airplay on KUBE and other local stations Movin 92.5 and a new station 103.7 discussed? HELL NO! It is time for cats to get their head out of the Northwest clouds!! STAND UP AND BE COUNTED AND MAKE YOUR VOICE HEARD!! Don’t be happy for where you are at. It is time for folks to STOP GIVING MONEY TO KUBE93 because when you do that they are running all the way to the damn bank OFF THE BACKS OF AFRICAN AMERICANS!! When a station that has NEVER had a AFRICAN AMERICAN DJ DURING PRIMETIME, something is VERY WRONG!!

I am not finished with this topic so turned readers.

A Look At LeBron James $9 Million Crib in Miami

A Look Inside Of Beyonce’s Business Empire