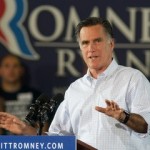 Republicans have a LONG history of little outreach to the African American community. It is like they do not care. Yes Romney made a “fake” showing at the NAACP convention a few months back and he met with a few black folks concerned with education but that has been it readers.

When Romney spoke at the NAACP event he told the crowd “I am your man to help with problems in the African American community” I almost to call 911 when he said that!! We heard cheers. But we found out later that the “cheers” came from his supporters that were planted in the crowd to cheer for him!! I am telling you the truth folks! That really happened.

Of course President Obama has a 94% ratings in the poll. That is not a shock right? And of course our First Lady Michelle Obama is VERY popular. She is just a great lady.

It is no surprise that I am a supporter of our President. And like Spike Lee told Piers Morgan the other day, I am going to do my part, little as it is to help him get re-elected in November.

It is a fact that the Republicans led by Romney are trying to STOP AFRICAN AMERICANS FROM VOTING IN KEY SWING STATES LIKE OHIO AND FLORIDA. This cannot happen!! It is a fact that the race between Romney and President Obama is a dead heat right now and the right is trying to play games with African American voters. IT HAS TO STOP AND STOP NOW readers. This cannot happen!

So Mitt Romney with ZERO support among African Americans…..not a surprise.   Gordon Curvey

Racism In The Tech World? It Is A Huge Problem