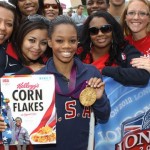 I watched the Olympics in great joy as little Gabby Douglas put herself for ever on the sports map as she let everyone know how great she is in gymnastics and she did it with a great smile and personality. It brought tears to my eyes seeing this 16 ye 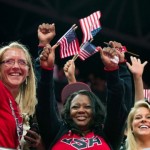 ar old African American girl do such great things. I am sure some of you reading this feel the same way I do.

But then NBC took the happiness away from me. Right after NBC’s coverage of Gappy’s great performance, they quickly went to a commercial that featured a monkey on gymnastics rings. I said to myself “I know I am not seeing things” I thought to myself if others are as angry and bothered by this as I am.

How can NBC be so STUPID readers? Did they even think that this was wrong and that folks in the African American community will be upset with NBC by them showing a monkey on gymnastics rings? To make matters worse, NBC does not think it is a problem and they say it was not intentional on there part.

Another thing I am bothered by is this. When you see young Gabby in London doing what she does best, her mom Natalie Hawkins is always ther. Here is a question. Where is Gabby’s father? Is he anywhere in her live? To many times young African Americans are shown with just their mom and their dad is nowhere around. I would like to know where is Gabby’s father. Gabby and her mom is making a apperence on CNN’s Piers Morgan. I wish Gabby’s father was on Morgan’s program too.

I am not hear trying to knock African American moms. I am saying this readers. Stats show that 7 out of 10 African American kids are growing up without a dad in the household. It is a HUGE problem. A huge problem folks. In my opinion a black child needs BOTH parents in the houshold. So a child will know their daddy. Have a male image at home. Here that “deep” voice of their dad. 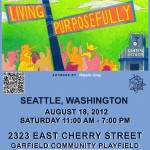 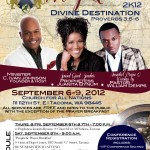 Why Would Glenn Beck Make Fun Of Young Malia Obama?