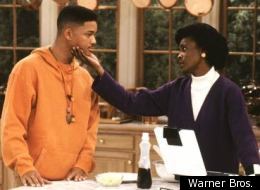 If you was a fan of the “Fresh Prince Of Bel-Air” you know it was a very very funny program that made Will Smith a superstar and a household name. I watch the re-runs on TV and it is still a funny program.

Smith was a big time rapper with his childhood homie Jazzy Jeff and they won Grammys for their music led by their monster hit, “Parents Just Don’t Understand”. A TV program was started just for him and it blew up and sorry to say, when that happens……the haters show up.

This time the hater was a person that was a part of the doggone program, Janet Hubert. For years she has went public putting Will Smith on blast and has even written a book of her experiences on the program. The female has a damn problem and you know what it is readers? JEAOLOUSY!!!! Pure and simple.

What Ms Hubert has failed to see FOR YEARS is that “THE FRESH PRINCE OF BEL-AIR” WAS A PROGRAM MADE FOR WILL SMITH!!! He was the star. JANET HUBERT WAS NOT THE STAR! For some unknown reason she continues to blast Will in very negative ways in the public. This time calling him a “asshole”

She left the program because she wanted more money like she was the damn star of the show! Funny things is you do not hear or see other members of the cast blasting Big Willy. It is ONLY Janet.

She needs to get over her jealous feelings against Will. Smith is most likely worth $500 million, what is Janet Hubert worth? Where has her career gone? I don’t like to blast my African American brothas and sistas here on “Music Inner City News Magazine”

BUT I am just TIRED of reading articles about Janet Hubert talking negative about Will Smith!! Will Smith is a Hollywood mega-star and she is not. She should move on with her career and leave Smith alone. Gordon Curvey

A Look At LeBron James $9 Million Crib in Miami