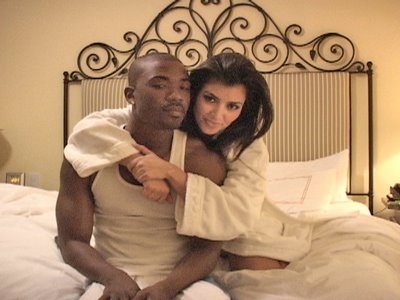 I could not believe what I saw online when I went to eurweb.com where singer/actor Ray J said Kim “no talent” Kardashian should thank him for her being so damn popular! WHAT!!

First of all, let me say this readers. Can Kim sing? No, Can Kim dance? No, can Kim act? No. What talents does Kim Kardashian have? Why is it that the Kardashian Family is so popular? I just do not understand!!

What ever reality show they do it blows up when it comes to ratings. Why? Bruce Jenner is a former Olympic champ decades ago. His wife has no talent. And her kids have no talent. So why are they so popular? It is beyond me! A lot of folks think the way I do about the family.

As far as Ray J goes. As far as I am concerned he is a one hit wonder who cannot hold a note when it comes to his singing ability and I can act better than him!

He and Kim became popular when a sex tape they made leaked on the net and everybody viewed it. Is this whey Ray J thinks Kim Kardashian should than him for her being popular? I hope not.

I think Ray J should lower his ego and stop making crazy comments like that if he made them. He sounds like a hater or he is jealous.

Man I hope folks will wake up and smell the coffee on the Kardashian Family. They are laughing all the way to the bank. The question is why?    Gordon Curvey

I Have Some Views On Tiffany Haddish