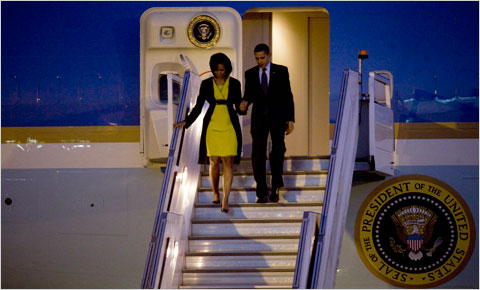 P.S. In my opinion things are getting way out of hand. I just cannot believe that someone would put a poll on Facebook that asking should President Obama be killed. This is crazy. This is wrong. And it makes me worry about the safety of President Obama.

As I have said before, the right wing is out of control in the treatment of our President. It is being led by Sean Hannity and Rush Limbaugh and Bill O’Reilly and Micheal Medved and Bill Cunningham and Laura Ingraham and Ann Coulter, Lynn Chaney and others. Even the crazy congressperson who called the President a “lier”.

People have shown up at events with guns. Pictures have came out with a watermelon patch in front of the White House. People want President Obama to show his “real” birth certificate to show he is a “real” American, and on and on. It has got way out of hand readers.

The KKK, Neo-Nazi’s and other hate groups have came out to show that they are not happy. They are not happy because the President of the United States is a black man. A African American.

If you are a supporter of our President, please say a prayer for President Obama and his family every night like I do. Because I am worried about his safety. Gordon Curvey

WHY Do Black Folks Hate Each Other?

Why Is Macklemore Getting All This Publicity?