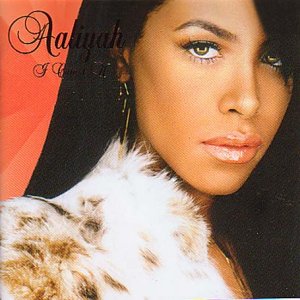 Today I was watching MTV and they were showing MTV Spring Break appearances from the past and they played a performance by the late Aaliyah.

It made me think how terrible of a loss it was for her to die so young in a plane crash in 2001 in the Bahamas after making a music video.

She was such a beautiful and talented young lady who could sing, dance and act. A triple threat in the entertainment business. She had a long career ahead of her.

In 1999, I had a chance to interview Aaliyah at the Key Arena here in Seattle.

I came to the arena without a interview set up with her. I had interviews set up with other artists on the concert bill.

So backstage I saw Aaliyah and told her I did not have a interview set up with her and I would like to do a short interview with her.

Her dad was on tour with her and was acting as her manager so Aaliyah took time and went and asked her dad if she can do a interview with us at Music Inner City. And he said go ahead.

And Aaliyah and myself did a 15 minute interview that was great. We discussed the start of her career, her music, the R. Kelly story at that time, and of course her future plans.

Aaliyah was so down to earth and so nice. It was a great interview. Sadly I lost the interview with the late star in a terrible fire I had in 2005 in which I lost everything.

But god up above, I had a few interviews and music videos in my car AND I found my hard drive from my burnt up computer and believe it or not , saved a few things from the hard drive. Including the pic with myself and Aaliyah! Lost the interview but somehow saved the pic.

A lot of times, a young performer will get full of themselves and get the big head sort of speak. But Aaliyah stayed a very nice person who treated the media with respect. Not just with our program but with others in the media.

Pic above on the left is not the best pic. It is myself and Aaliyah at our interview in 1999 taken from a older camcorder.

Before there was Rihanna or Ciara or Ashanti, there was Aaliyah. And we in the media and all her fans miss her so much. Rest in peace Baby Girl. Gordon Curvey

Charlie Sheen Needs Some Real Help Before It’s Too Late

Why Was Rick Sanchez Fired By CNN?